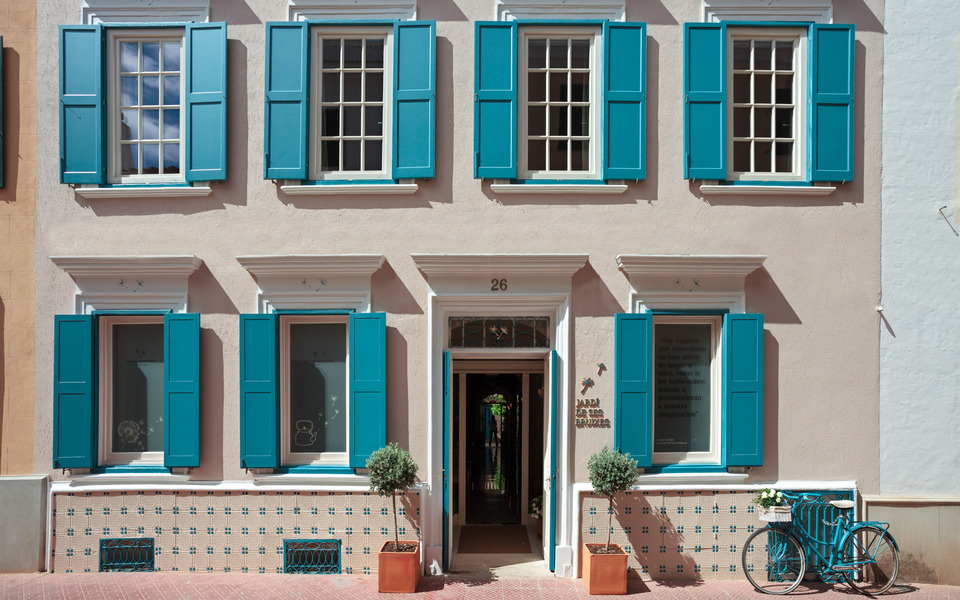 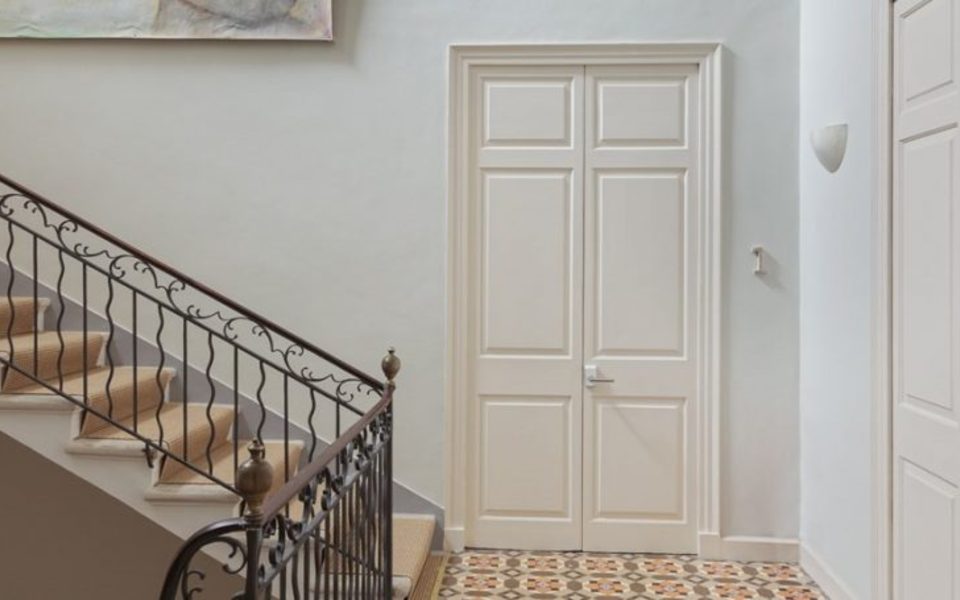 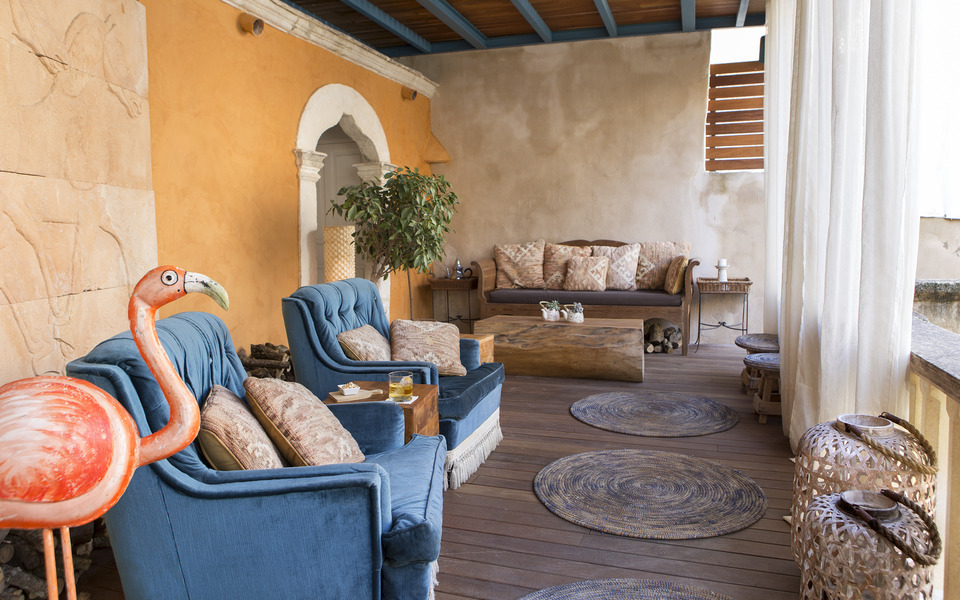 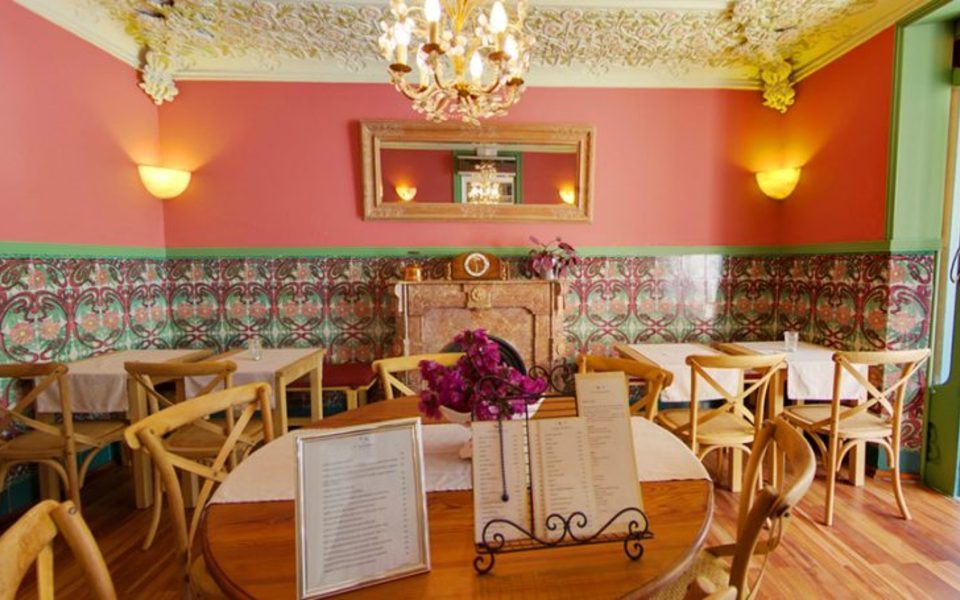 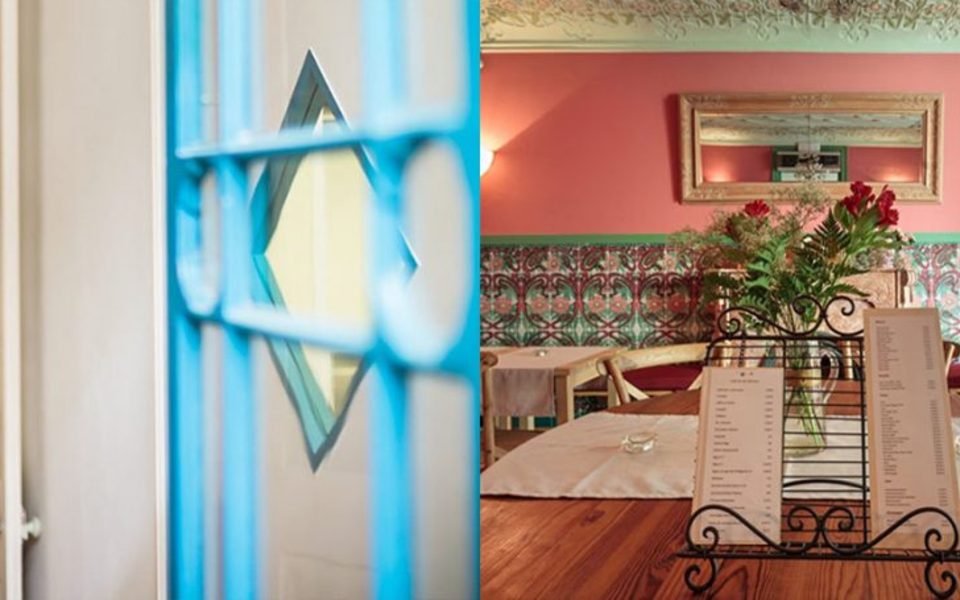 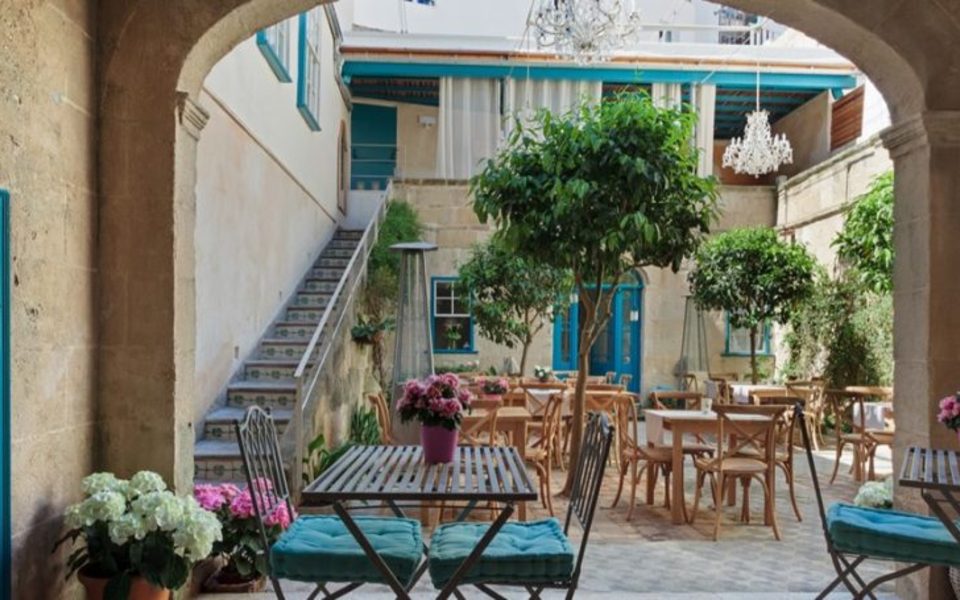 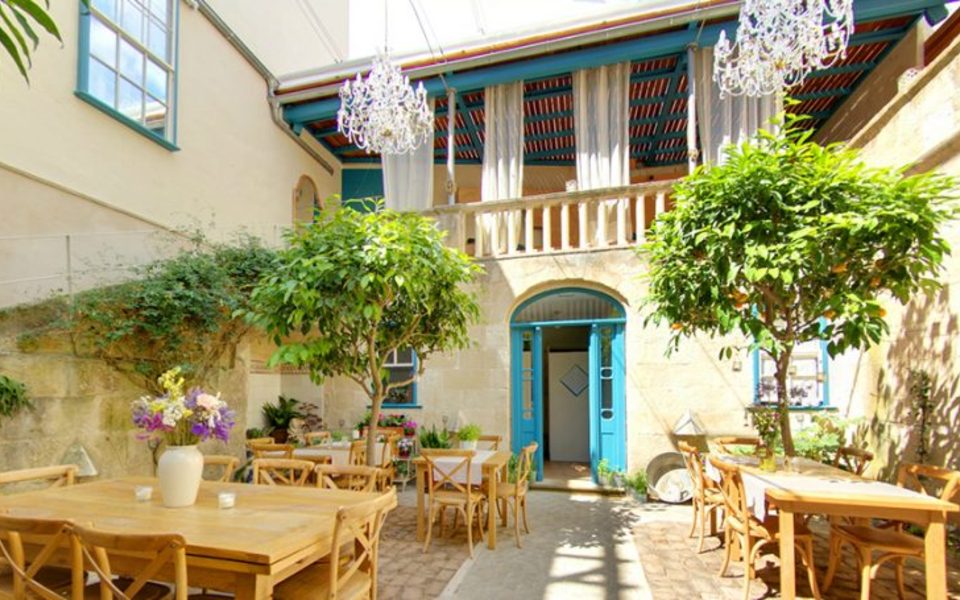 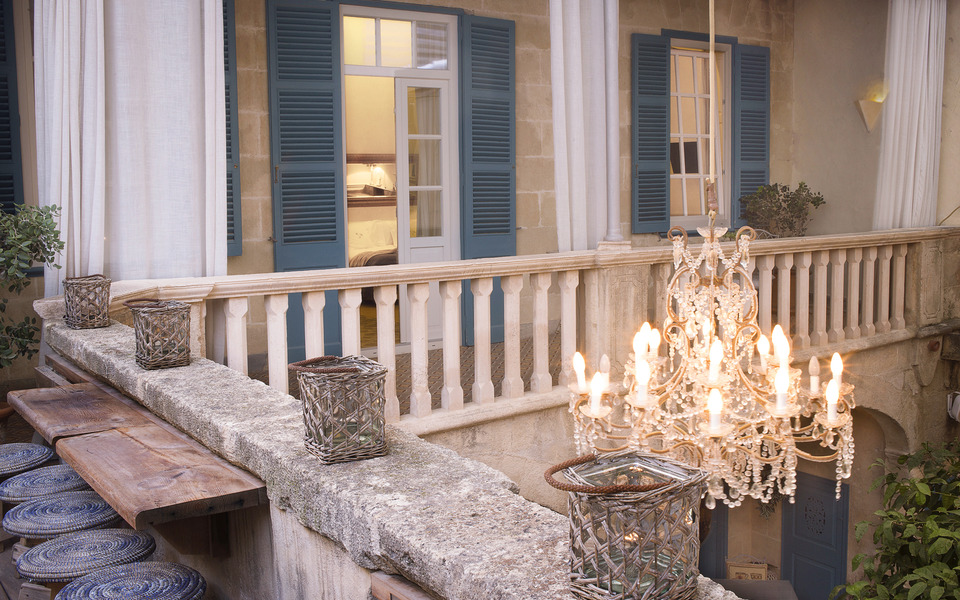 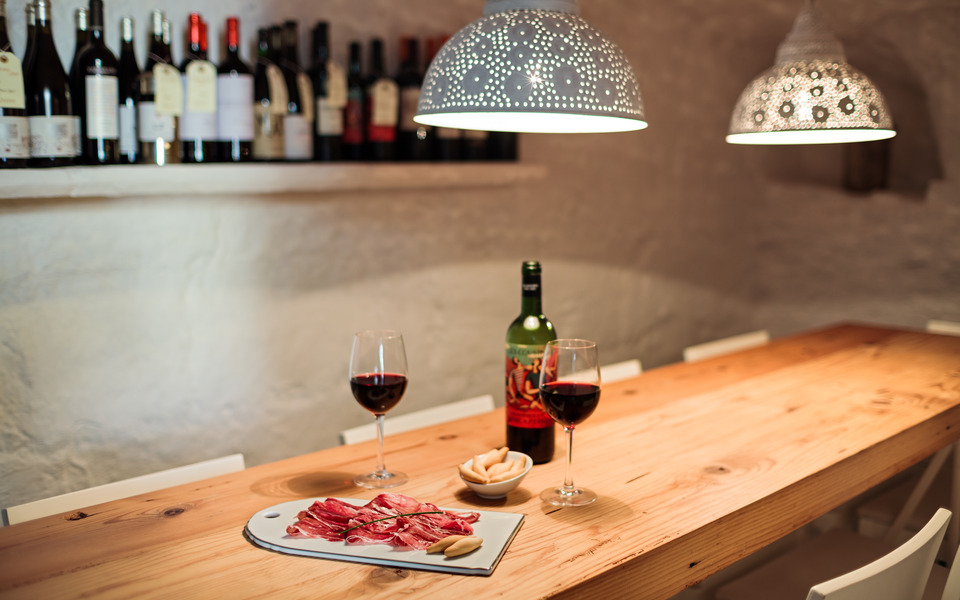 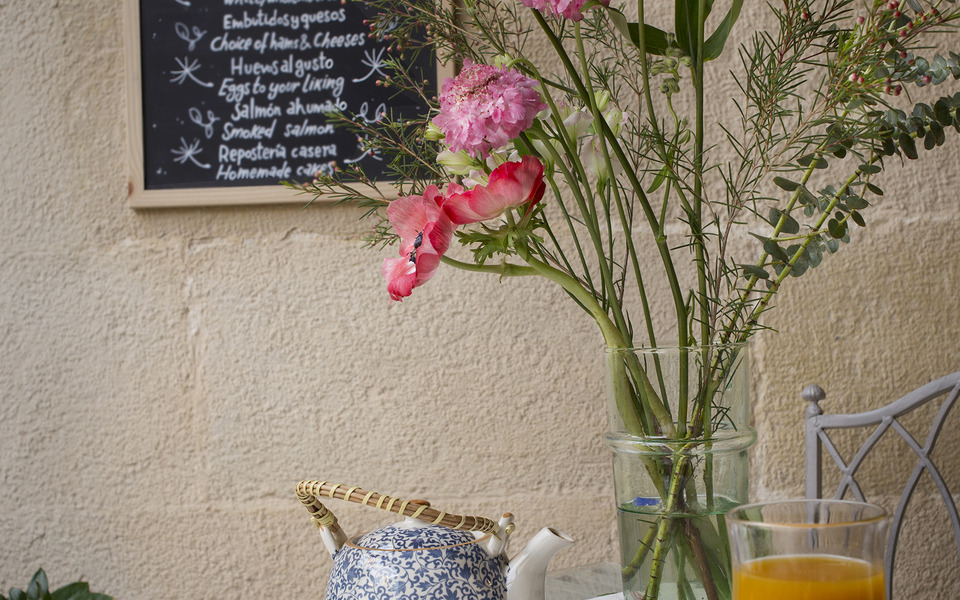 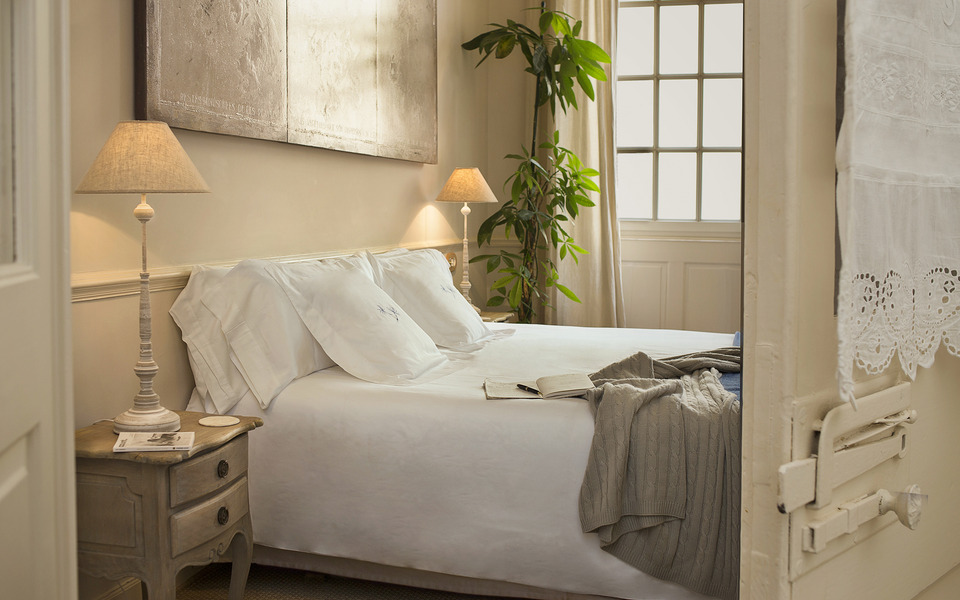 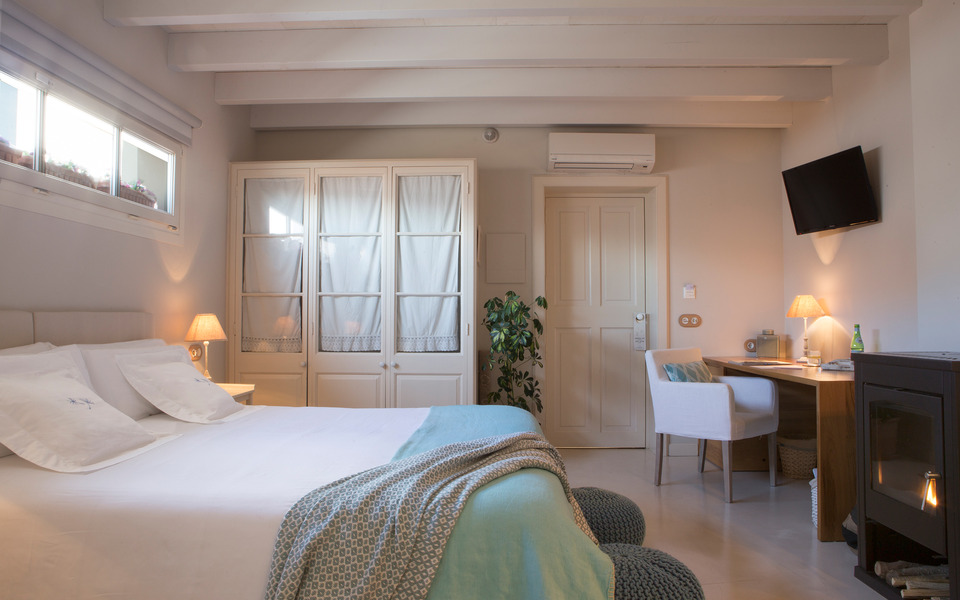 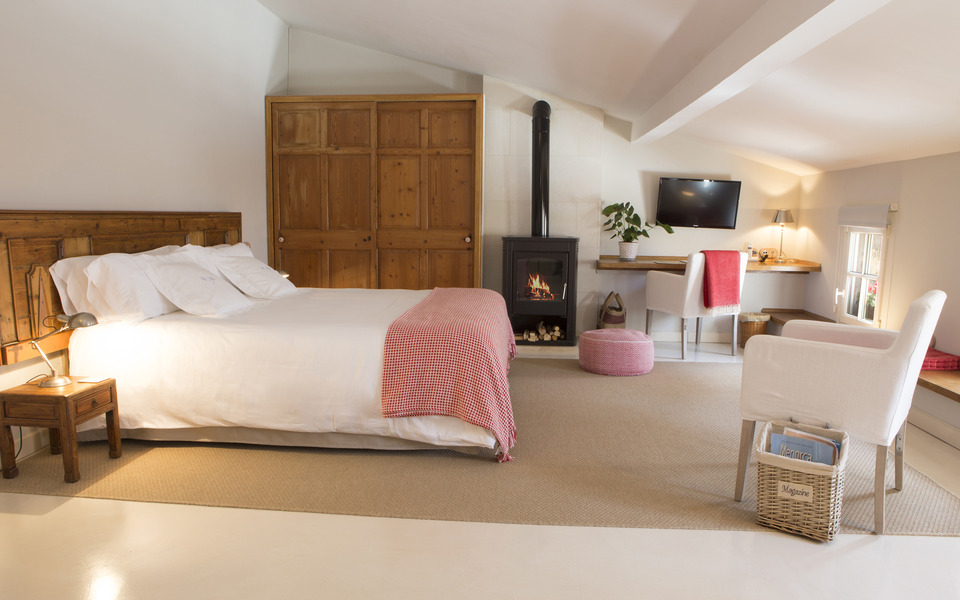 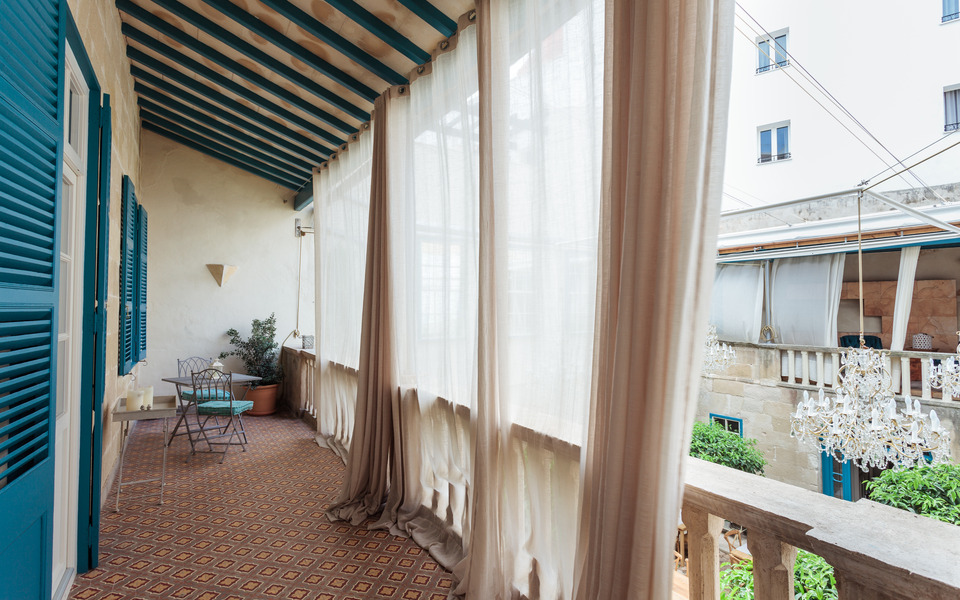 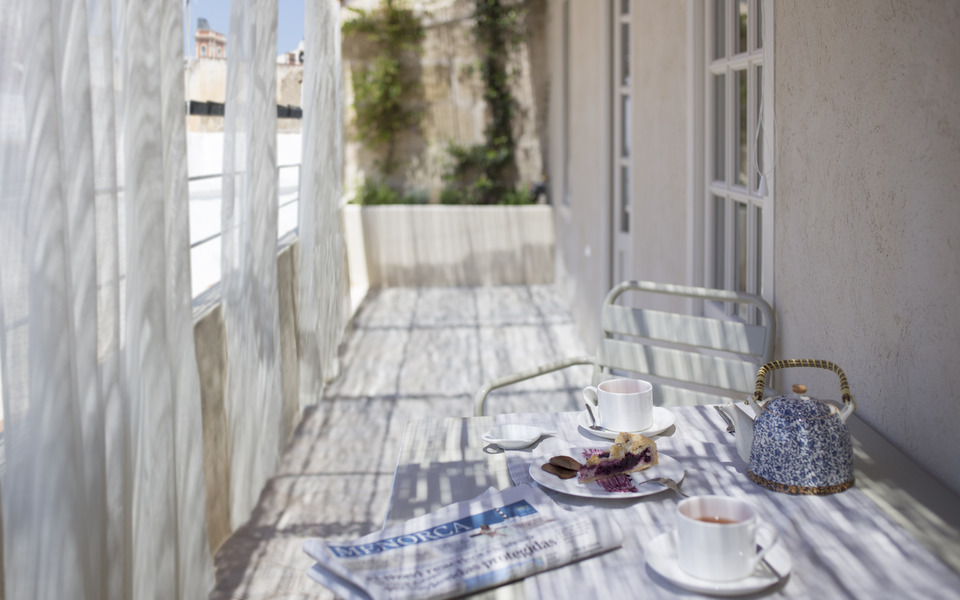 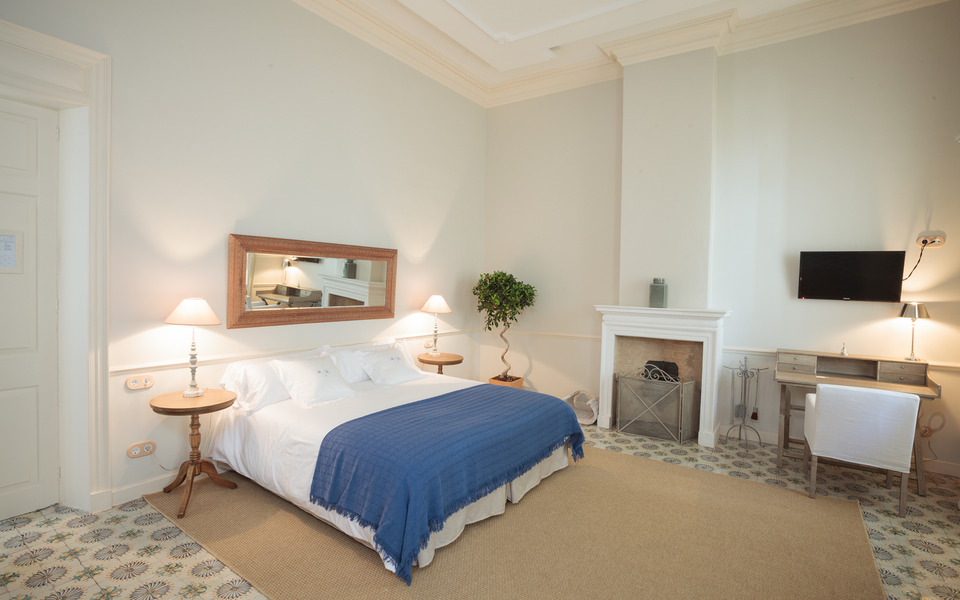 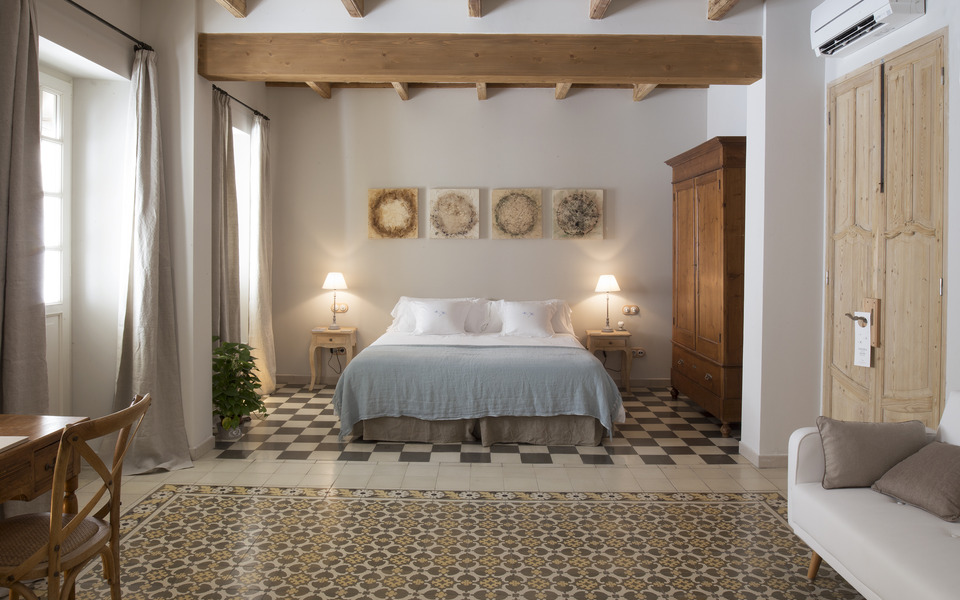 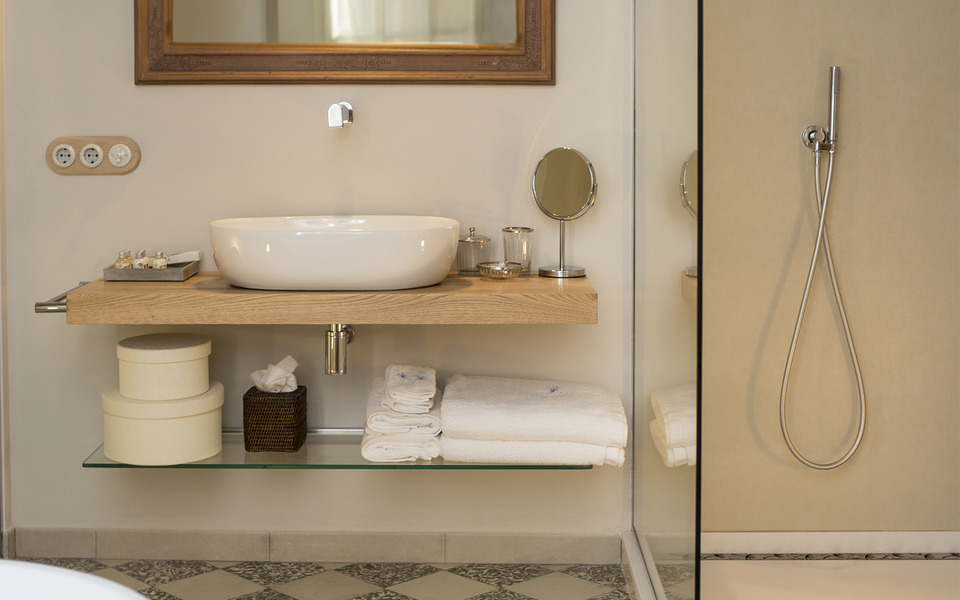 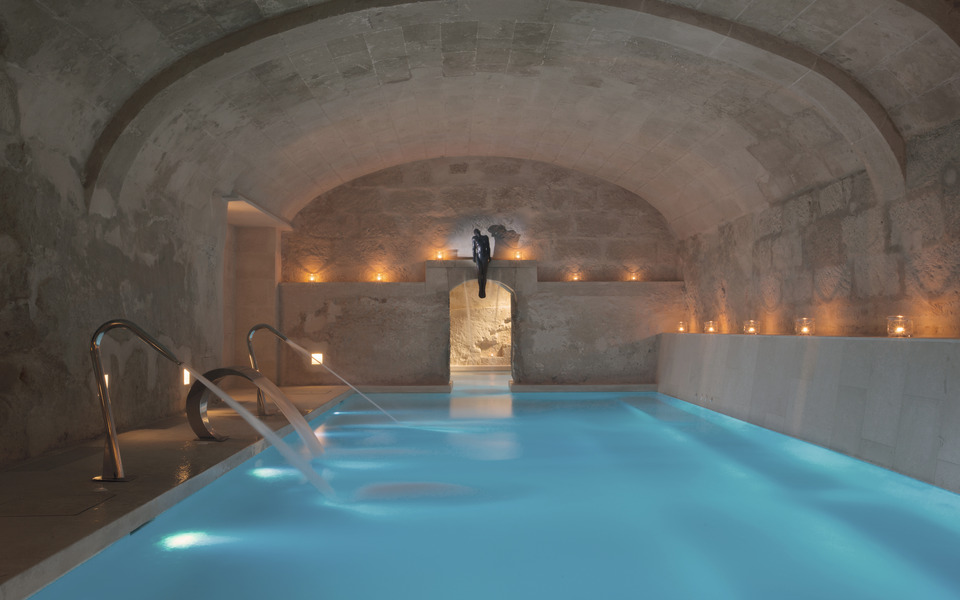 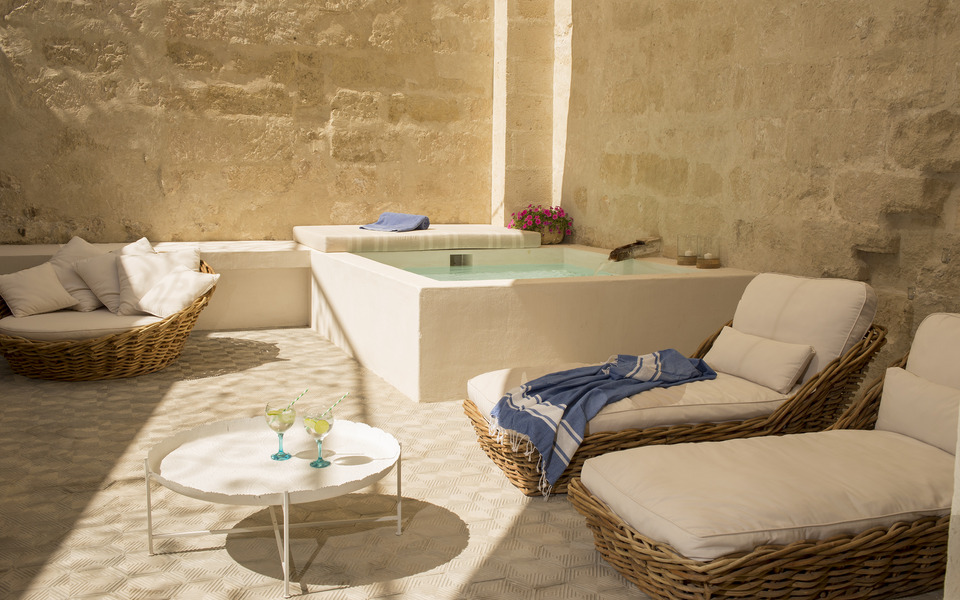 Small and charming hotel in the center of Mahón

.Boutique Hotel Jardí de ses Bruixes rises from a dream. A dream that belonged to Anja and Nando, menorcan enterpreneurs who, one day, had a vision: to turn Nando’s old architecture study into the hotel we now know. They reflected all their hopes, positivism and creativity in it. In conclusion, they mirrored their passions: for detail, caress, in order to achieve a familiar, close, perfect, and magical atmosphere. They call themselves the ‘yes hotel’. Yes to creativity, to good ideas, to cultural exchange and definitely yes, to making dreams come true. This is why it’s called ‘Jardí de ses Bruixes’… In menorcan they call ‘bruixes’ the dandelion clocks one blows into the air, making a wish with each one of them, a dream in the air. The garden is the heart of the hotel, our magic place.

We have 16 rooms distributed in 2 buildings. You can get to all the rooms on the lift. On the ground floor, there is a big lounge-library with a fireplace and an Honesty Bar, so our guests feel at home. On this floor we can also find the ‘Jardí de ses Bruixes Cafe & Restaurant’, open to the public. The interior courtyard, with its orange trees, is the perfect setting for breakfast, Brunch or tea, or to enjoy dinner in a magical atmosphere by candlelight and the light of the beautiful chandeliers. From the courtyard you can get to our chill-out, perfect for a quiet drink at sunset. In the cellar, we have a conference room that holds up to 50 people and that includes audio visual equipment

On the fourth floor you will find the solarium and the access to the lookout point of the tower, where you can enjoy fantastic views of the city. You can see Monte Toro, la Mola and the harbour.

The house is built on land that used to belong to the Catholic Church .Towards the 1800’s the Catholic Church parcelled the land and sold what had been cemeteries and land of their ownership in order to obtain money to renew the Santa Maria Church of Mahón, situated next to the town hall. The San Fernando street was opened in the year 1802 and this house was built in the year 1811 by order of the sea captain Francisco de la Torra, who had the tower built, with the aim of controlling the mouth of the port and to see the boats that entered it.

In less than a year, the house changed hands to the Mercadal family, a bourgeois family of Mahón. They lived in the house for various generations during a century, until, in the year 1911, and after the crack of the Mahón bank, the family was forced to sell the house. . The new buyer was Mr Sebastián Sapiña Femenies, cousin of Mr Francesc Femenías Fábregues, Menorca’s first architect, also author of the modernist fish markets of Mahón and Ciutadella, and many other emblematic buildings of the island. Femenies graduated as an architect in Barcelona, around 1902, the boom period of the Catalan Modernism. Femenies conducted the refurbishing of the building commissioned by his cousin Mr. Sebastián, during this period the modernist dining room was built, the service area was connected to the house by a corridor built in one of the sides of the courtyard, and the decorative elements of both the courtyard and the building’s façade were done (cornices and frieze of the flowered tiles). The Sapiña family lived another 100 years in the house, and it was in the 90’s when Nando Pons, architect, bought the house in ruins, put it together again and installed his architecture studio in it. Towards the year 2013 we decided to turn the house into a charming Hotel and after a year of building work, we opened our doors to the public on the 1st of April of 2014 with a great inauguration party.